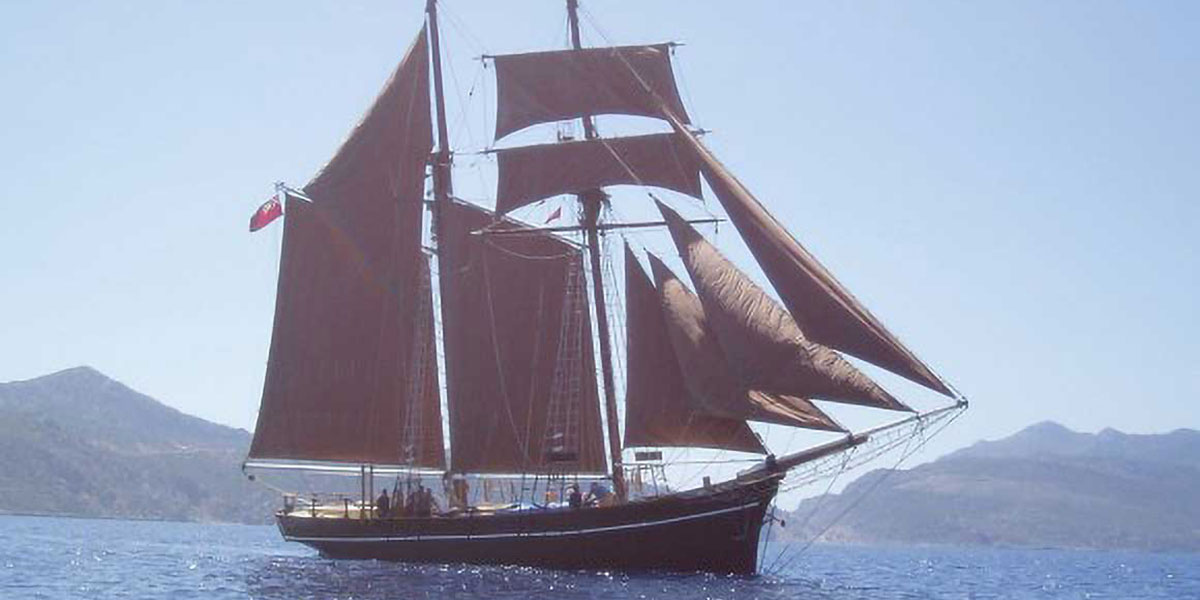 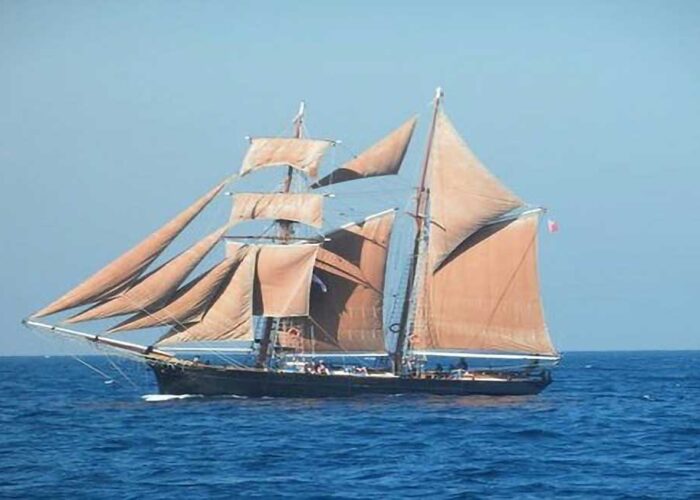 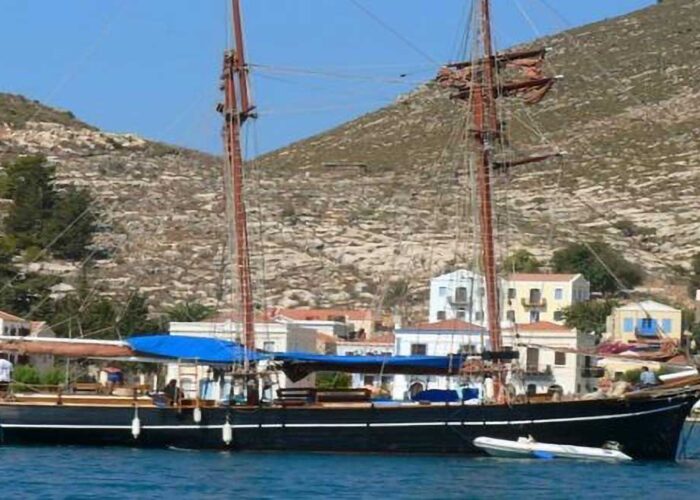 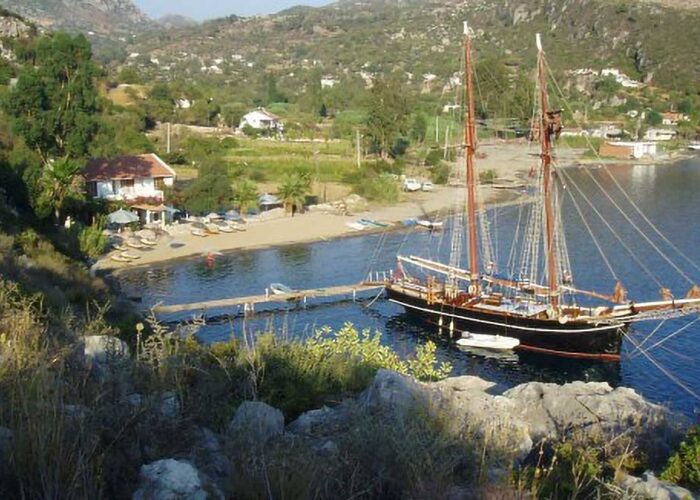 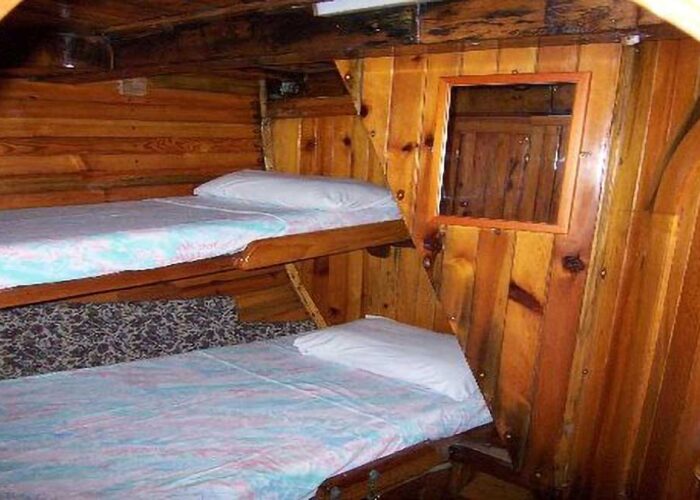 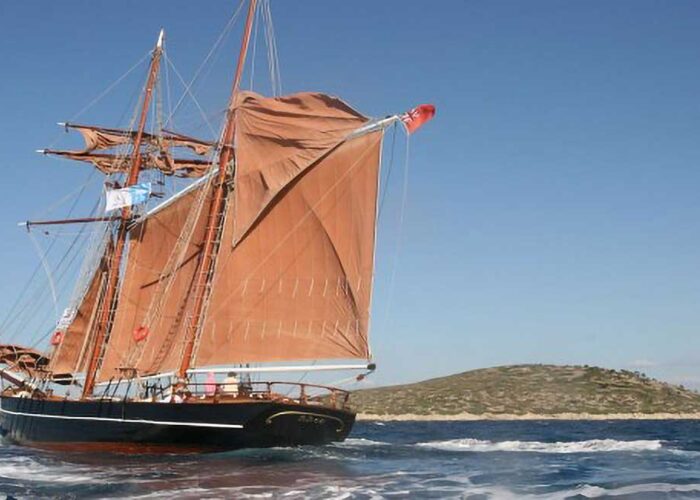 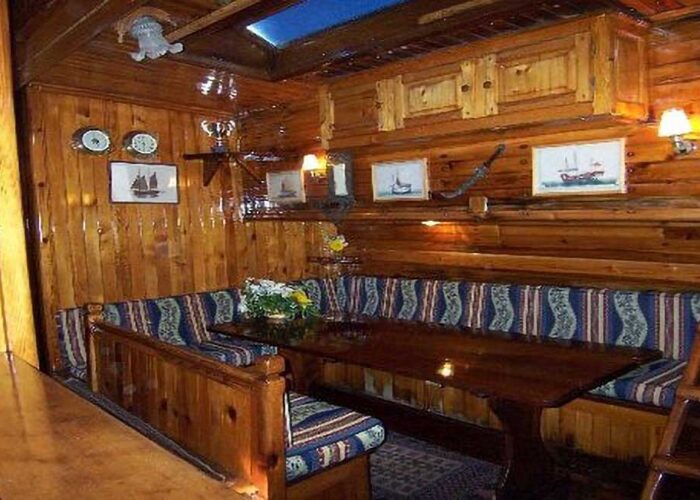 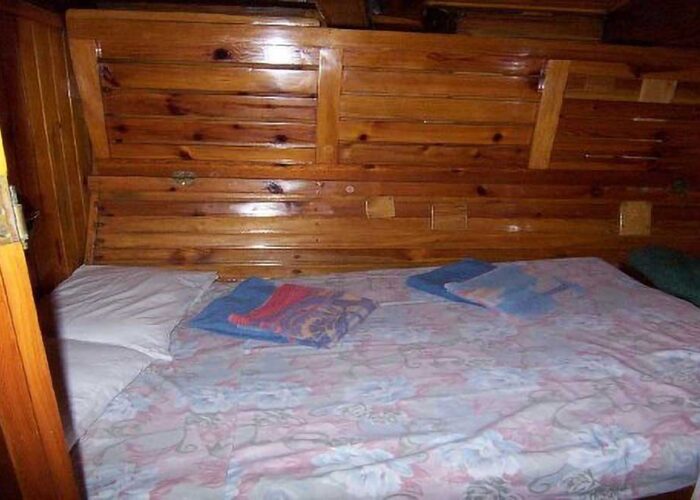 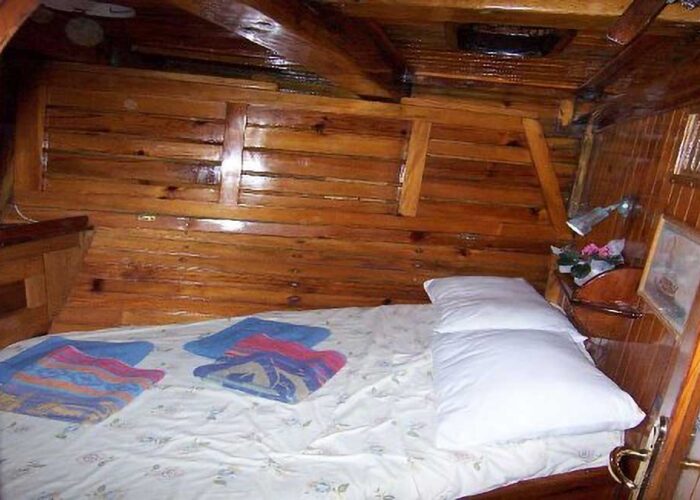 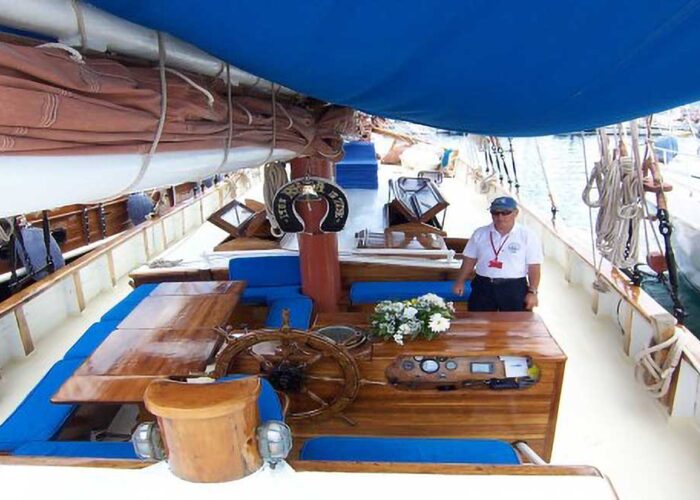 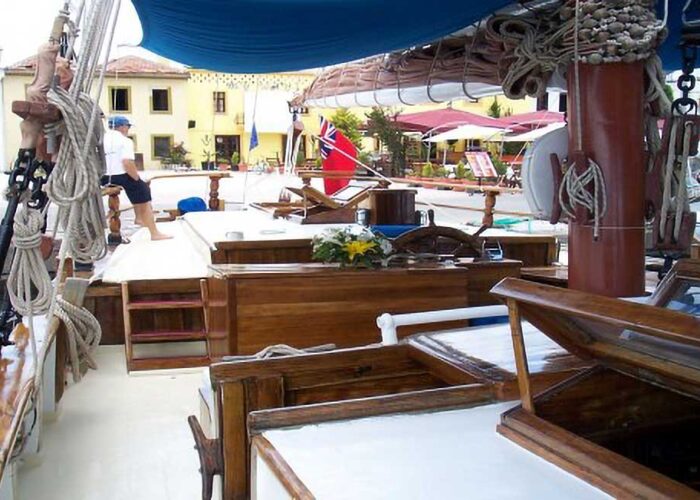 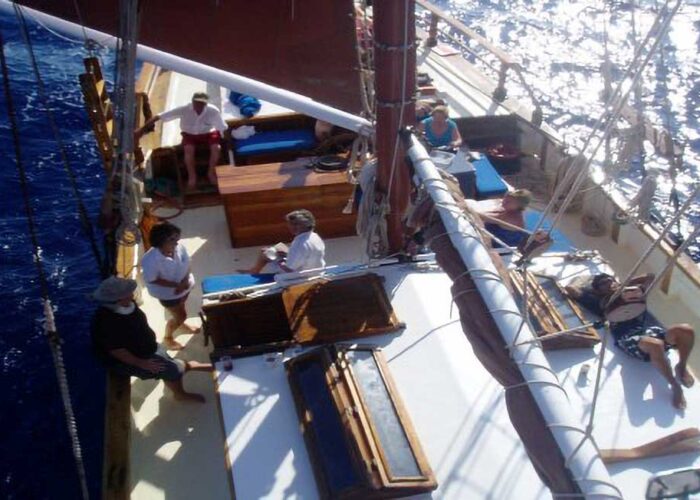 Rhea of Nyborg is a  baltic trader of particularly fine lines.  Where-ever she goes she attracts the attention and admiration of all who see her.

Rhea was built as a topsail schooner (without an engine) and she was used to carry stone and rock in harsh conditions, hence she was built to be an exceptionally strong sailing vessel handled by a small crew.  Nowadays she has accommodation for up to 12 guests that combines tradition with modern comforts. She still sails beautifully and she has the advantage of an engine. She is admirably suited to charter work, day trips, corporate entertainment, team building, film work, etc..

Since 1989, Rhea of Nyborg has been in the hands of the present owners and she has sailed to many countries; Turkey, Greece, Albania, Montenegro, Croatia, Italy, Monte Carlo, France, Spain, Malta, Gibralter, Tunisia and Algeria.  She has been used for assorted charter work including a honeymoon, family and group charters, corporate staff assesments, and the filming of a Dutch celebrity reality TV series. Rhea has the space and stability for the very young and the elderly, and she inspires the imagination and enthusiam new sailors and old “salts”.

Rhea of Nyborg’s history started in the late 1800’s where was built at the Floytrup, Schmidt & Bilbrer yard in Nyborg, Denmark, and she was named “Kjerstine”.

Below decks Rhea is attractively panelled throughout in pine with teak fittings and original oak beams. There is a spacious saloon with a lounging area, beautiful teak dining table and a navigation area. The galley has a freezer (presently used for rapid cooling of drinks), refrigerator, domestic 4 ring gas cooker with oven and grill, double sinks with draining areas, microwave, etc..

The four guest cabins each have air conditioning plus en-suite toilet, shower and handbasin:

The amidship port and starboard crew cabins each have en-suite toilet, shower and handbasin, and a double berth plus a ‘pullman’ single.  Sometimes the port crew cabin is used as an additional guest cabin.

The toilets are electric in the aft, forward port, and foc’sle cabins, and manual in the forward starboard, port crew, and starboard crew cabins.

The sails are all made of heavy duty brown “Duradon”:

Two awnings are made of champagne coloured sunbrella type material. One is over the cockpit area and one between the fore and main masts.

There are 3 companionways below decks, one for the aft cabin, one for the former hold area, and one for the forward cabins.  There are tradtional skylights on the fore deck, main coachroof, and aft coachroof,  some hinged aluminium + perspex hatches, and some round portlights. Decks are pine, sheathed with fibreglass, and painted with non slip paint.

Rhea was recommissioned in 1989/90 and has been regularly maintained since then.  This has included significant work on different areas of the vessel as and when required. (i.e. in the winter of 2016/17 the foredeck and cross beams were renewed from the stem to aft of the sampson post, plus other works )

A fully survey is available.  Rhea is in excellentt condition and carries a large comprehensive selection of tools, spare parts, etc.,.

We use cookies on our website to give you the most relevant experience by remembering your preferences and repeat visits. By clicking “Accept All”, you consent to the use of ALL the cookies. However, you may visit "Cookie Settings" to provide a controlled consent.
Cookie SettingsAccept All
Manage consent

This website uses cookies to improve your experience while you navigate through the website. Out of these, the cookies that are categorized as necessary are stored on your browser as they are essential for the working of basic functionalities of the website. We also use third-party cookies that help us analyze and understand how you use this website. These cookies will be stored in your browser only with your consent. You also have the option to opt-out of these cookies. But opting out of some of these cookies may affect your browsing experience.
Necessary Always Enabled
Necessary cookies are absolutely essential for the website to function properly. These cookies ensure basic functionalities and security features of the website, anonymously.
Functional
Functional cookies help to perform certain functionalities like sharing the content of the website on social media platforms, collect feedbacks, and other third-party features.
Performance
Performance cookies are used to understand and analyze the key performance indexes of the website which helps in delivering a better user experience for the visitors.
Analytics
Analytical cookies are used to understand how visitors interact with the website. These cookies help provide information on metrics the number of visitors, bounce rate, traffic source, etc.
Advertisement
Advertisement cookies are used to provide visitors with relevant ads and marketing campaigns. These cookies track visitors across websites and collect information to provide customized ads.
Others
Other uncategorized cookies are those that are being analyzed and have not been classified into a category as yet.
SAVE & ACCEPT
Powered by